A Look at Employment Discrimination Laws 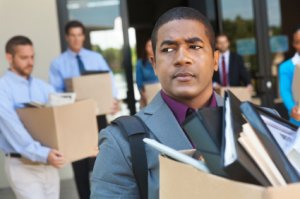 Employees and prospective employees are protected from discriminatory actions taken by employers and co-workers. These protections are guaranteed by state laws such as California’s Fair Employment and Housing Act, and federal laws such as the Federal Civil Rights Act of 1991. Any employee has the right to consult an employment lawyer if he or she feels that a discriminatory action has taken place. A labor law attorney near San Jose can help you understand the applicable laws, investigate your case, and provide guidance with regard to your legal options.

2. Equal Pay for Equal Work
Another aspect of employment discrimination laws involves equal pay for equal work . Under the Equal Pay Act, men and women who work within the same company and carry out equal work must receive equal pay. Equal pay involves salary, bonuses, stock options, overtime pay, life insurance, travel reimbursement, and all other forms of financial compensation. Equal work is not necessarily defined by a person’s job title, but rather by the job responsibilities. For example, if Joan is a secretary to an executive at a company and John is an executive assistant at the same company, and both individuals carry out substantially similar job responsibilities, then it would be a violation of the Equal Pay Act for Joan to receive less compensation than John.

3. Retaliatory Actions for Claims
Under employment law, it is illegal for an employer to take retaliatory action against an employee who has filed a claim of discrimination or has reported discrimination. Some examples of illegal acts of retaliation include wrongful termination, demotions, harassment, and refusal to promote.